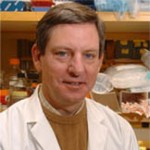 Cell surface proteins are involved in many cell interactions that occur during an immune response. To gain an understanding at the molecular level of these interactions, studies are in progress to correlate the structure of these molecules to their function. Currently under study are the cell surface proteins that are involved in the host’s immune response to the intracellular parasite Leishmania. The life cycle of Leishmania includes two distinct forms: promastigotes that multiply in the insect vector, and amastigotes that multiply in mammalian macrophages. Molecular genetic techniques are being used to study the structure and expression of the Leishmania genes encoding the major surface proteins. Functional studies involving targeted gene replacement mediated by homologous recombination are being used to derive mutants deficient in the expression of these surface proteins. Site directed mutagenesis of the corresponding genes is also being used to determine function of surface protein involved in Leishmania macrophage interactions. The regulation of Leishmania gene expression and the role of DNA binding proteins are also currently under study.

Mycobacterium tuberculosis continues to be a major pathogen worldwide and shares many properties of other intracellular pathogens such as Leishmania. Currently under study is the modulation of host macrophage genes expression by M. tuberculosis. DNA microarray technology “DNA Chips” is being used to identify macrophage genes that are either induced or suppressed in response to infection by M. tuberculosis, as these are likely involved in the pathogenesis and modulation of host defense.