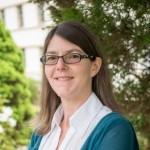 I have been Program Co-Director for the UBC Master’s Program in Genetic Counselling (GCP) since 2012 with primary responsibility for curriculum development and the directed studies research projects. Involved with the GCP since its inception in 1996, my roles have included Clinical Supervisor, Lecturer, Selection Committee, Advisory Board Member, and Acting Program Director. I have supervised over 50 genetic counselling students in clinical rotations and/or directed studies research projects and am honored to have been awarded the Department of Medical Genetics Clinical Teaching Award in 2006 and the Faculty of Medicine Clinical Excellence in Teaching Award in 2007.

My clinical experience covers a broad range of practice including prenatal, pediatric, adult predictive testing and cancer. Since 1998 my clinical focus has been cancer genetics, serving as the Provincial Clinical Coordinator for the Hereditary Cancer Program from 2006 – 2012.